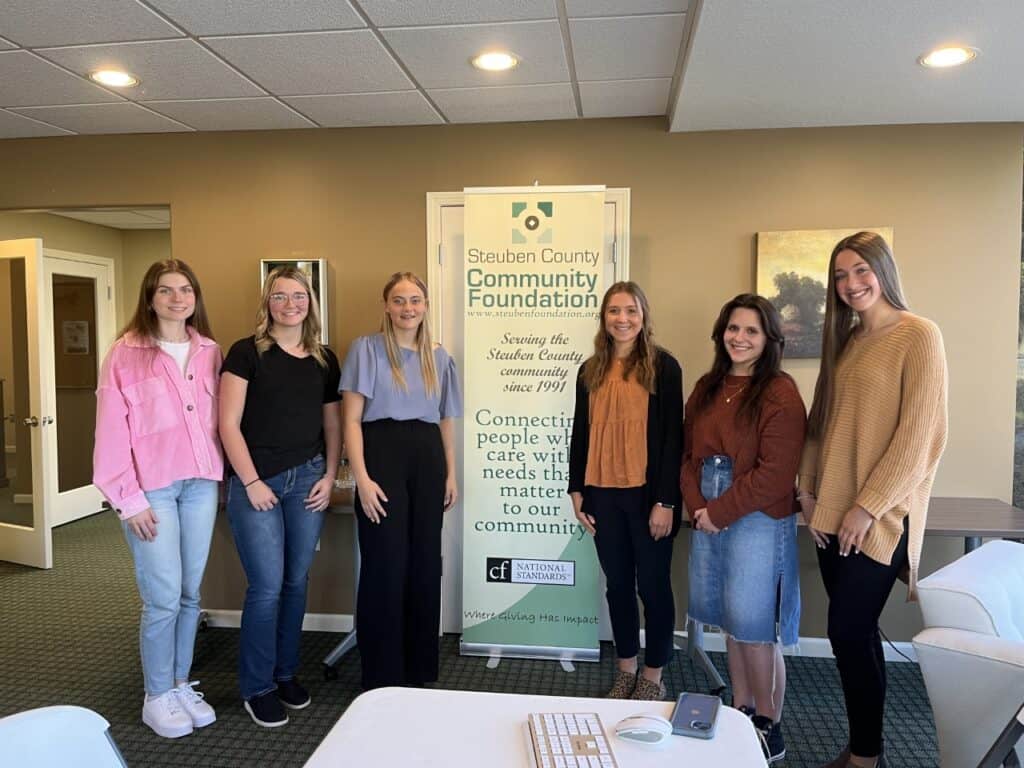 Angola, IN – The six 2023 Lilly Endowment Community Scholar finalists have been selected by the Steuben County Community Foundation (SCCF). After reviewing twenty-three highly competitive applications from the schools serving Steuben County, the committee named six finalists to continue with the four-step selection process. The 2023 Steuben County Lilly Scholar will receive a full tuition scholarship and a $900 annual book stipend to attend an Indiana College.

Madison Dailey, Avery Knox, Kameron Marple, Jacqueline Miller, Krystalyn Mullin, and Lauren Teeple met on October 10th in preparation for phase two of the Lilly Endowment Community Scholarship application process, which included an interview success workshop and an impromptu essay. The last step for these young community leaders will include an interview with the selection committee and a presentation of their personal portfolio.

“SCCF is honored to facilitate the administration of the Lilly Endowment Community Scholarship Program in Steuben County in order to nominate a student who exemplifies both high academic ability and extra-curricular achievements,” said Jacqui Gentile, program officer.

The Steuben County Lilly Scholar recipient will be selected by Independent Colleges of Indiana (ICI), the state-side administrator of the program and announced in mid-December. SCCF awards a $2,500 Circle of Friends scholarship to the other five finalists.

1) to help raise the level of educational attainment in Indiana; 2) to increase awareness of the beneficial roles Indiana community foundations can play in their communities; and 3) to encourage and support the efforts of current and past Lilly Endowment Community Scholars to engage with each other and with Indiana business, governmental, educational, nonprofit, and civic leaders to improve the quality of life in Indiana generally and in local communities throughout the state.

There are 147 scholarships awarded statewide; the number awarded in each county is based on population. Steuben County is eligible to nominate one student for this award.